Notes from the Field: What Quiet Space Exposes 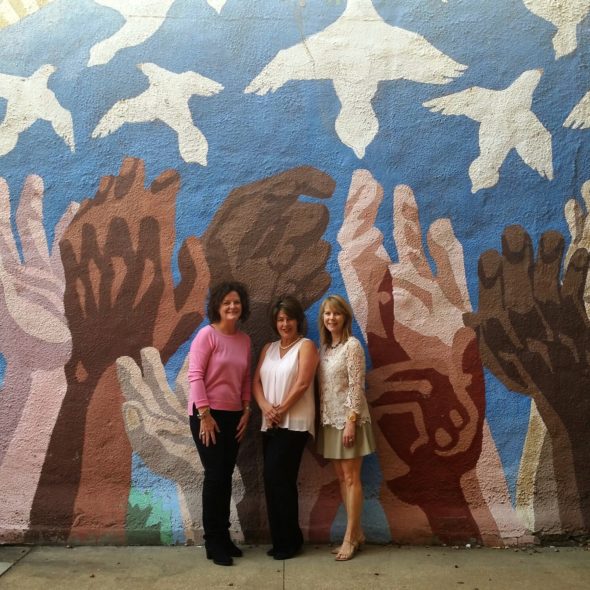 Pushing my fork into pot roast smothered in gravy, I let the taste of American beef lay on my tongue for longer than usual. I want to savor every single bite of the meal my best friend LuAnn prepared for the people around the table. My Aunt Paula who drove four hours from Oklahoma and my dear friend Kelly who flew in from San Diego.

“This is so good, we don’t eat beef very often because we can’t afford it,” I remark.

“I know, that’s why I made this meal for you,” said LuAnn beaming with a smile of satisfaction on her face. She had taken me out the night before for a filet and baked potato for the same reason.

Between bites of apricot pie covered in vanilla, I turn to Kelly and whisper, “I want to quiet the room.”

She laughs in agreement, “I know, I’ve been thinking the same thing.”

Before Aunt Paula arrived, the three of us sat in a booth after church and shared a short stack of pancakes like kids eating their first sundae. What is it about being with girlfriends that lends permission you would never allow yourself otherwise?

While waiting for syrup and extra butter to arrive I read Jennifer Lee’s recent blog post out loud from my phone. We are all smitten by her words for the remainder of the day. We can’t stop thinking about quieting LuAnn’s living room that hadn’t been redecorated since 2008.

A few minutes later, with LuAnn’s permission, Kelly and I remove everything from the shelves holding tchotchkes in her giant living room. We embark on quieting, then redecorating with only the pieces she loves.

As we place a collection of Hummels on a shelf with books, Kelly asks me questions about living as a minimalist in London. “What about all your beautiful antique furniture? Did you take that with you too?”

“No, it’s in a storage unit along with our flat screen televisions and the kid’s baby pictures; our wedding china and boxes of books. We live very simply now.”

When I tell Kelly how we took a seventy-five percent pay cut to fulfill our Macedonian call to London, Kelly’s mouth drops open. We sit in silence and stare at each other for nearly a full minute.

It’s not something we share with people often but I see how revealing our reality of sacrifice for the sake of Christ changes perspective in an instant.

The same kind of revelation I witness on LuAnn’s face when she stands in the middle of her living room now. Her trunk holds a garden of dusty plastic flowers she will donate tomorrow.

Today, I’m over at A Life Overseas sharing about what it means to practice Sabbath as a missionary. Join me?